As cousins, Frank and Peter were close and had always talked about one day owning their own business. frank was a Maintenance Supervisor at Vauxhall and Pete a Contracts Manager for a local electrical company. their experience complimented each other perfectly and when Vauxhall announced the closure of the Luton plant in 2000 the timing couldn’t have been better. On 2nd April 2001, FPM Facility Services was born!

“We decided to keep it local and rented our first office in Kingsway, Luton” said Frank

“I remember we arrived at the office on that first morning at 8am and sat there waiting for the phone to ring. I have to confess we were a bit green in those days.” Pete said.

Before they’d moved into their office though the team had been busy meeting and talking to prospective customers about their new venture. And the hard work paid off. The kettle had only just boiled, when at 8.30am the phone rang and their first job from Elster Water Meters came in. FPM were in business.

“There’d been an issue with the distribution board. We went straight over and sorted it out. Funnily enough Elster are still a client of ours to this day” said Pete.

It didn’t take long for word to spread with the guys going on to win a tender for Luton Airport’s new Headquarters. Whilst at the airport, they were contacted by easyJet who asked if they would courier equipment form various parts of the country and deliver it to Dorset. Pleased with the efficient way that they’d handled it, Pete was called in to met the Facilities Manager. And the rest, as they say, is history.

FPM were fast earning a reputation as Solutions Providers within the South East and the company started to grow. Having come up through the ranks as apprentices themselves, Frank and Pete knew the value of having home grown talent and were keen for their staff to have a full understanding of the industry form the ‘ground up’. As a result, staff turnover is low with the majority of their employees having seen their careers flourish from apprentice to management. Continuous training and ongoing recruitment of both trainees and experienced engineers has strengthened the skill base still further and it’s thanks to the hard work and commitment of their staff that they have gained their many accreditations.

The company has continued to grow with the majority of work coming form referral and they now provide services to an increasing number of clients throughout many industries and sectors.

It’s Not All Work

FPM have always recognised the importance of teamwork and this ethos cascades down to their staff as they go above and beyond to get a job done. “We often organise events as a thank you to the guys for their hard work. But we wanted to mark our fifteenth birthday with something special,” says Pete. So, later on this year, the company will be off to Newmarket for an all expenses paid day at the races. 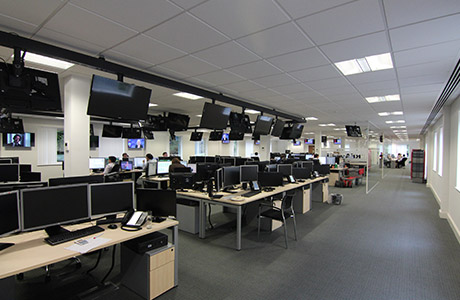